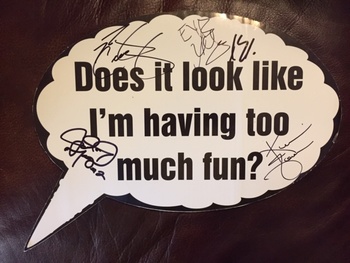 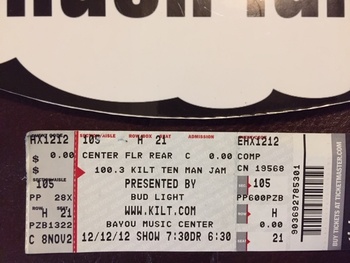 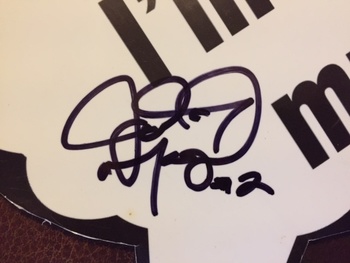 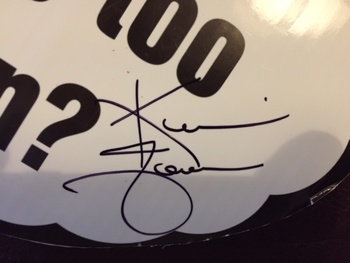 This sign was on the wall at the concert in Houston, Tx. and I took it to have some of the C&W musicians sign it.
It was very cool that Johnny Manziel Texas A&M quarterback AKA Johnny Football) was there that night and it was just 4 days after he received the Heisman Trophy. The night was ironic because I had this sign that he and Kevin Fowler, Eli Young and others signed as they were celebrating. Johnny was showing his party side that night as most men might, in his position. He used this sign to take some pictures with other fans and then gave it back to me. It was an exciting and wonderful night of great music and partying. Chris Young signed my wife's Texas flag blue jeans but she ended up washing them later and ruined the signature. Oh well, it was a fun time for us all.
Johnny Football's signature is in the 3rd photo.