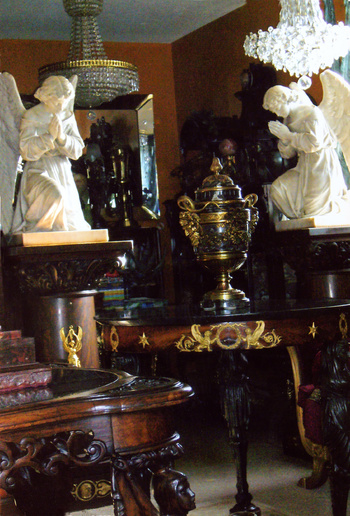 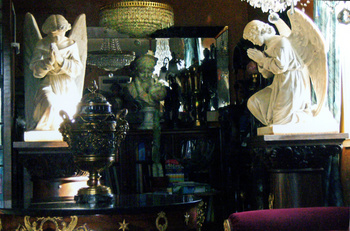 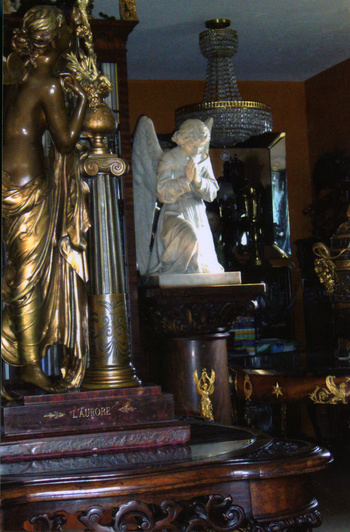 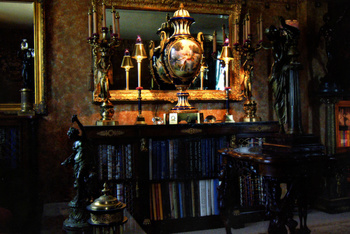 These photos of my home were taken about 2003, just before 2006 when I finished the room with a large statue. The marble angels I received in 1991, when Toller Cranston sold everything he owned at Auction in Toronto. He told me that he bought them in France. There used to be a photo on the net of one of the statues and may have been marked Flaggio.
The sculptor had made more than several copies, and he had a workshop carving them as the demand was high. I have not been able to find that info again. I used to have my Sevres Palace Urn lit from a spotlight on the ceiling which I no longer have the spotlight. I had painted the walls to resembIe Aswan Granite. I took these pictures because at the time my west window lit the statues so beautifully !~