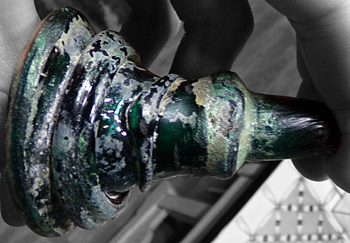 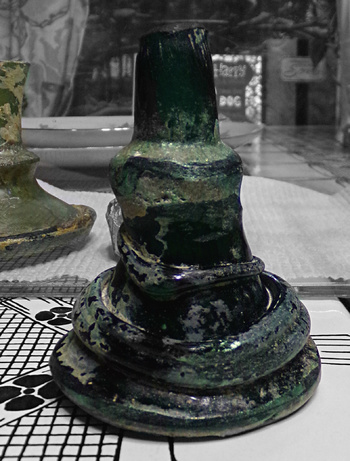 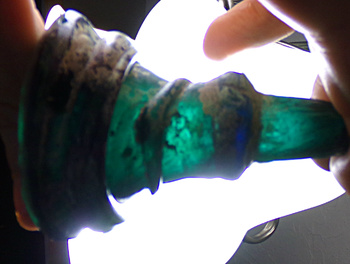 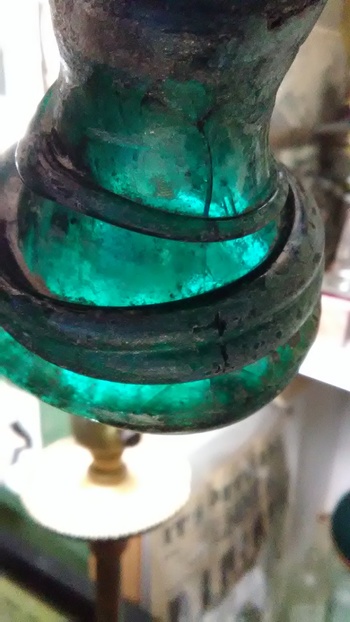 From what I can tell off of Yale university's catalog, this is probably 4th- 5th-century C.E. Earlier ones usually had more dainty strings of glass lightly and tastefully applied to accentuate a vessel, but later on the popular style was to, in some cases, obscure the vessel with strings of glass: and, indeed, the strings of glass on this vessel do take away from the shape.
It was probably a perfume bottle, Roman in origin. The bottle was blown into a mould and finished off while being held by a punty rod. Thus, we have a sharp pontil scar on the base.
The bottle exhibits extreme decomposition in some areas that were low in silicates, in which what was the glass now crumbles; and, in others, retains most of the original surface layer of glass from where there were heavier silicates. The bottle has a crack along the main body and some splits in the strings of glass. I'm not sure, but I'm guessing this one was an apprentice piece as it just isn't quite pretty or that well-done.