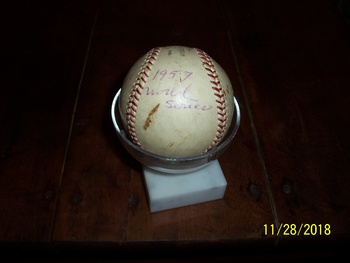 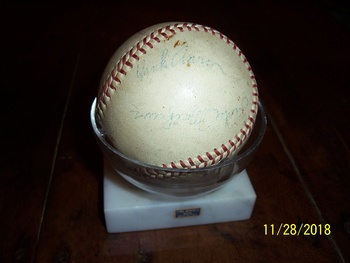 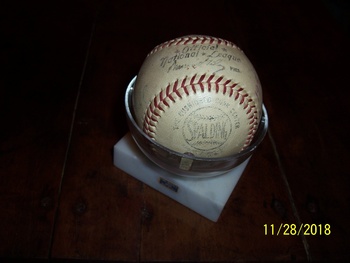 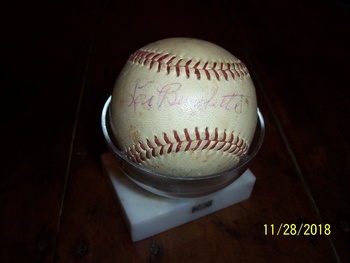 This ball was given to my mother by American league umpire Bill Mckinley, who lived in our hometown. It is signed by four Milwuakee Brave players, Hank Aaron, Lew Burdette (series mvp), Del Crandall and Eddie Mathews. It is somewhat faded because it was laying loose in my mother`s dresser drawer for a lot of years. but still legible. The umpire, Bill Mckinley, who officiated at this World Series, used to hit fungos to my team when I was around 13 yrs. old and he used to show World Series films at our Little League banquets.