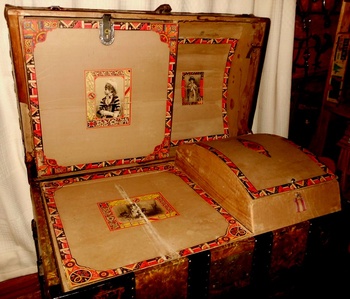 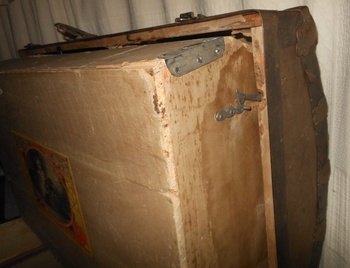 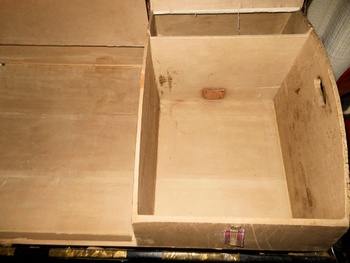 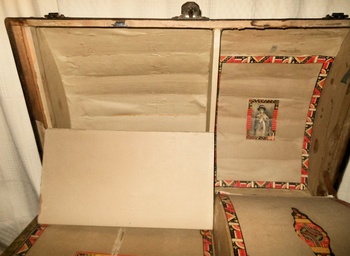 My favorite feature of this family heirloom from a long 40 years ago is the interior with the tray and inserts. Has a rather striking trim with the usual Victorian illustrations.
In photo #2 the hook can be seen that holds up the tray when the lid is opened. That is much easier than having to remove the tray to reach the lower section of the trunk which is where most of the clothes would be stored.
Photo #3 shows what I believe is the hat box. There is a compartment behind it for various accessories. I think undies or some such went in the compartment to the left.
Wrapping it up is the compartment in the top of the lid. One can never have enough compartments in the trunk.
Apparently in the long ago people took long vacations.