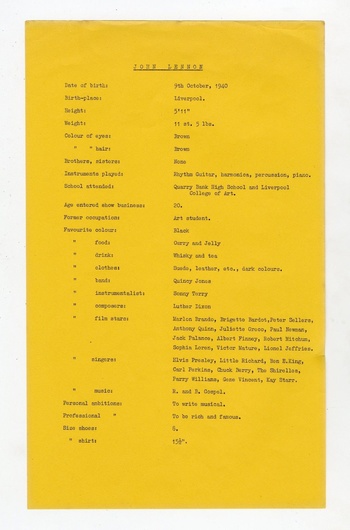 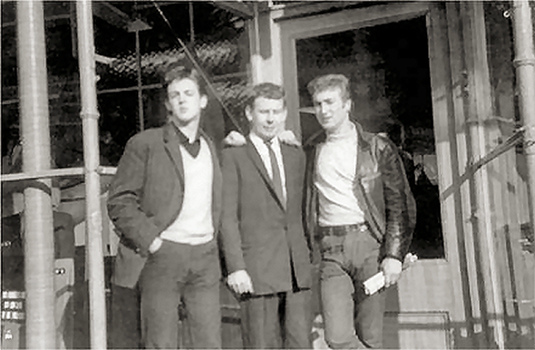 Here is an original biography sheet of John Lennon from 1962. It measures 8x13 inches,...and comes from the personal collection of Cavern Club DJ, Bob Wooler. It lists Lennon favorite foods...likes...ambitions...etc. Wooler was a very important part of the beat music scene in Liverpool in the early 1960's. He introduced Brian Epstein to The Beatles at the Cavern Club on November 9, 1961...and Epstein soon became their manager. Wooler introduced The Beatles countless times during the bands 292 appearances at the Cavern from 1961 to 1963. He died on Feb.8, 2002 in Liverpool at the age of 76. Wooler is pictured with Lennon & McCartney in Liverpool in 1961.