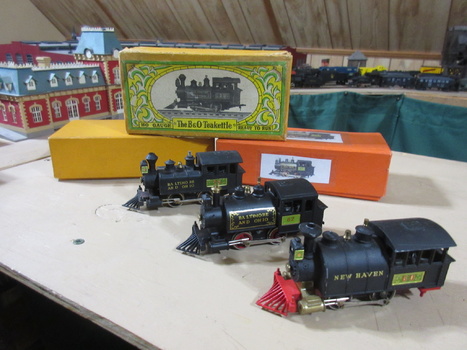 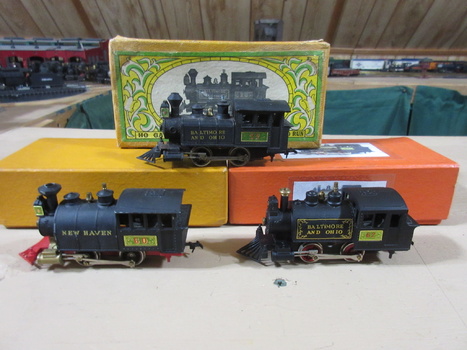 The Silvine Line HO train Company of the 1960's sold a model of a B&O 0-4-0 Side tank locomotive, which they call the Teakettle. It was a HO scale B&O #25 and was of cast metal construction made in Japan by the New One Model Company. This for many years as I was collecting trains was I thought the only Steam model train they ever sold. Well in the last year I acquired two more different ones. B&O #62 a 0-4-0 Saddle tank locomotive and New Haven #60 another 0-4-0t saddle tank locomotive. Both are very different. Both are the only ones I have seen in 45 years of collecting HO trains. I associate them the two I recently acquired to the Silvine company because the complete drive bellow the body is identical in all the locomotives. They are interchangeable. Any on the bodies will fit any drive. They also came in identical boxes packaged in the same way. Only the Silvine locomotive had Silvine product information. The two had no decorations or printing on them. All were produced by the New One Company of Japan. I post a photo of the three together.