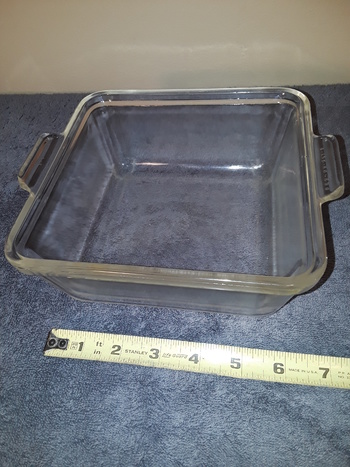 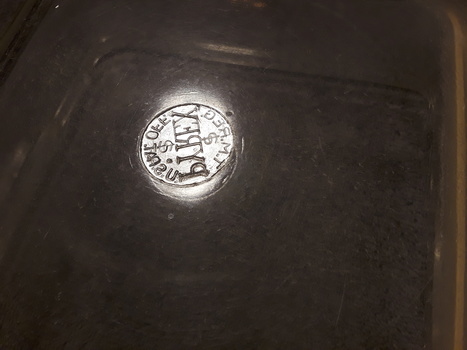 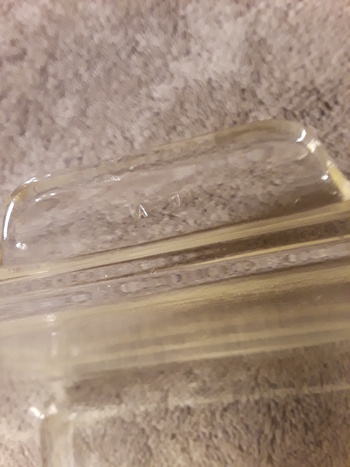 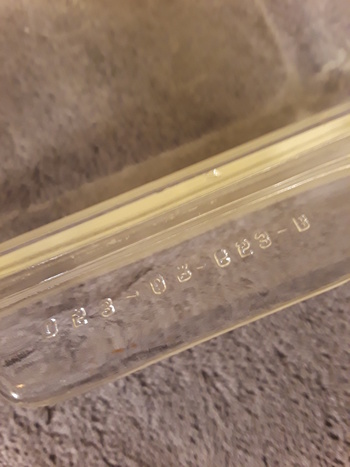 This dish was found in a thrift store ~25yrs ago and has been in my kitchen cabinets ever since. Recently while retrieving the (slightly larger, totally contemporary) one from beneath it, I glanced again at its logo and realized that I'm not sure I've seen another quite like it -- and that it also (guessing) might thus be a good bit older than I would have thought before...?

Its indeed about 6" square (at its base) and about 3" deep, with numbers "053-8R-653-B" molded into one handle and "C-A" on the other. The small circular logo reads "PYREX" in its middle (in a nifty sorta font) with "T.M.REG. U.S.PAT.OFF." around its edge and two "$" characters between. No chips or cracks but it certainly has its share of surface scratches/wear from its previous years of usage.