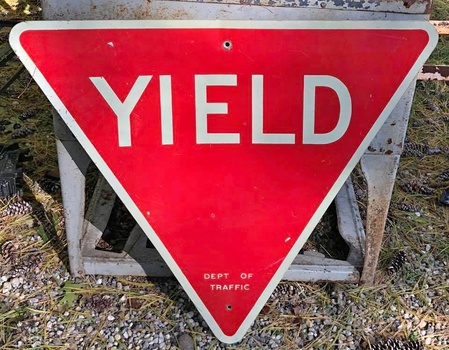 Above, is a rare example of a 1960s, 2nd generation "YIELD" sign, in which saw service in New York City. A standard triangle with the name present, the sign predates the modern variation, in which most people are familiar with that was released by the MUTCD in 1971. Previously, in the 1950s, the city of New York introduced its first form that was a six-sided shape. The then standard message read "YIELD RIGHT OF WAY."