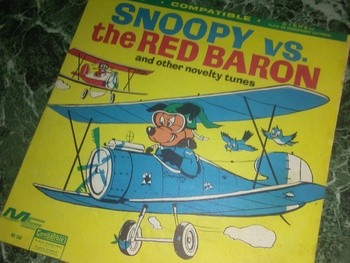 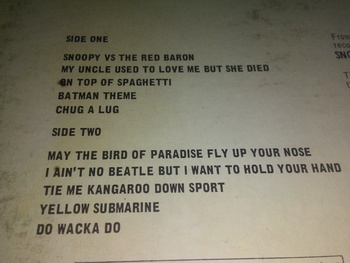 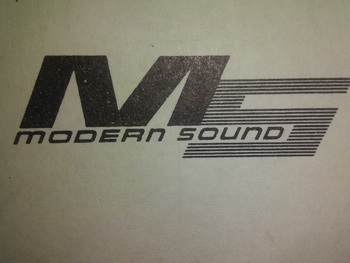 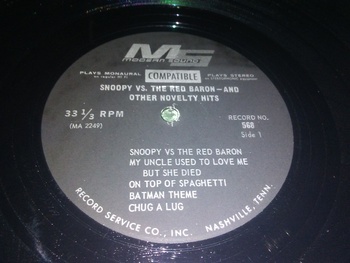 A Great Weekend To You Just Before Christmas!!

This is a fun and intriguing Album!
A string of children's novelty tunes released in 1967 by Modern Sound , a division of Columbia Records.
Modern Sound had a emphasis on putting out Albums that were compatible being played in Mono or Stereo sound.
The Royal Guardsmen, a group out of Florida released the song 'Snoopy And The Red Baron' in late December of '66.
It shot to #2 on the charts, just behind The Monkees 'I'm A Believer'.
Also found on here is the theme to Batman and some Beatle themed, 'Yellow Submarine' and a pun on the four lads, 'I Ain't No Beatle, But I Want To Hold Your Hand'.
This LP is #MS 568