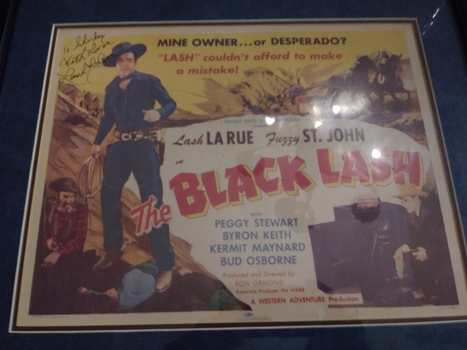 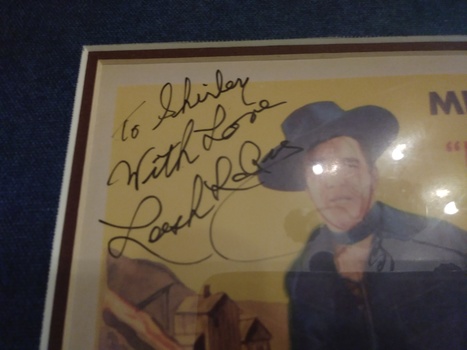 This has a interesting history. My cousin's husband, Mark, was down in Destin Florida in the 90's. He met Lash Larue at some place and struck up a conversation with him. Mark told him what a big fan Shirley was of him. That she even named one of her cats Lash because of the rapid way he flicked his tail. Lash was thankful of her being a fan and amused at the cat story. He evidently was retired at near location. The next time Mark saw him, he gave him this lobby card for Shirley. You can see the signature in the 2nd photo. Lash, from what I've read, was a sincere nice person. This seems to confirm it, I think it was a nice thoughtful gesture. That's the classic good ole cowboy star of the old days.
Toyrebel