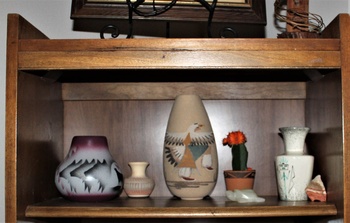 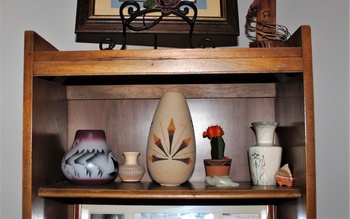 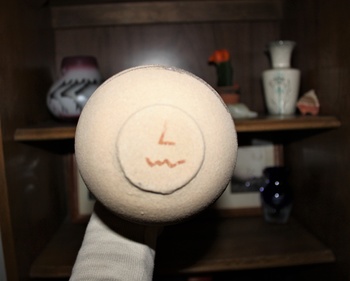 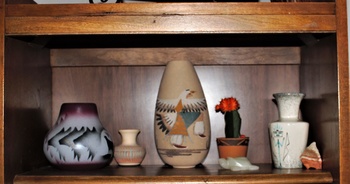 Calling on CanyonRoad for help with this piece! (And crossing my fingers)

A few months back I found this piece of pottery that was a sand painting. Until then, I had only seen them as pictures, mostly in frames, so with this technique on pottery being new to me, I just had to pick it up. I do not know the age of it and when I looked at the bottom signature, I wondered, could this be made by Charles Loloma? I know his signature varied quite a bit throughout time but the scribble that resembles mountains, I know he used on jewelry pieces.

I knew he was an American artist of Hopi ancestry. He was arguably the most influential Native American, if not North American, jeweler of the twentieth century.

So tonight I looked him up as I did not remember him having anything to do with pottery. When I looked him up before was because I had a pendant that if not made by him, was definitely influenced by him, so my focus was on the jewelry and to my surprise, I found the info below;

Charles Loloma was also one of the original Windtalker from 1943-1945. He was an amazing man, well loved and respected by
many.

I can only hope this piece was made by him. It would be an honor to own one of his pieces.
Below is a quote by him:

A piece of art should be full of surprises, like a person. When you look inside, you should find excitement. If there is beauty in a piece of art, a person can absorb it and become more beautiful. --Charles Loloma.