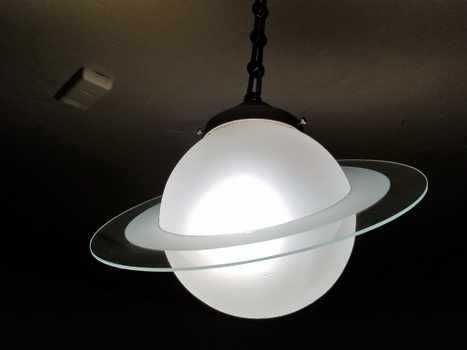 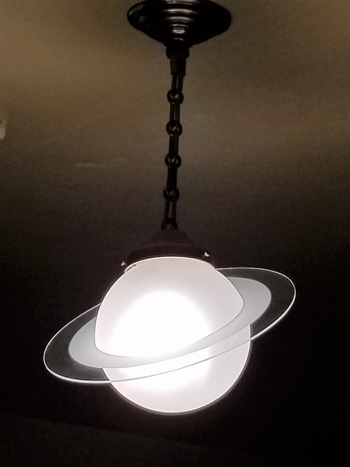 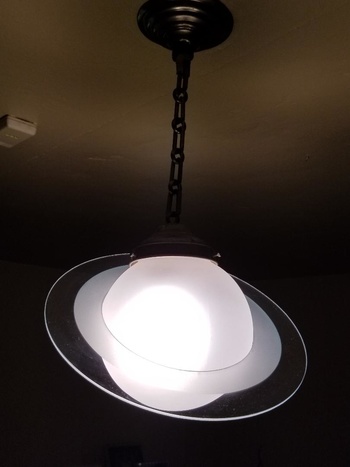 Who doesn't need an Art Deco Saturn light fixture in their home? Saturn imagery became popular in a variety of Art Deco items, including lamps, after the planet was depicted on the logo of the 1933 Century of Progress Exhibition held in Chicago. It's a very futuristic and modern design for the 1930's. The ring is made of etched glass and can be easily moved into different positions since it's not attached to the frosted globe. This fixture is likely French 1930's since it was a salvage item from a French home. It is reminiscent of the Chase "Planetarium" ceiling fixture designed in 1934. I might have to change the bulb to a blue one to make it more otherworldly.

I have a more abstract designed Saturn lamp posted here: