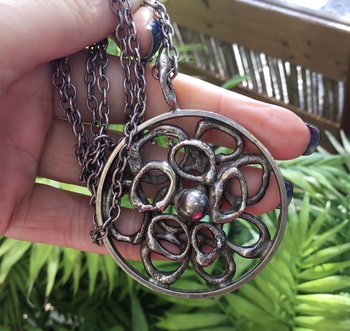 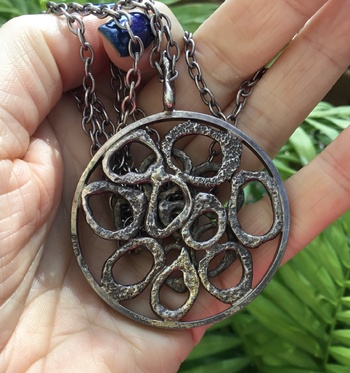 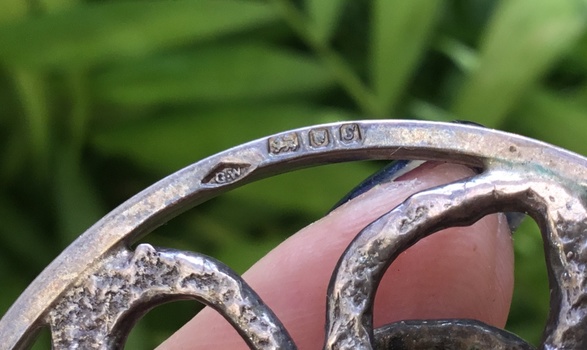 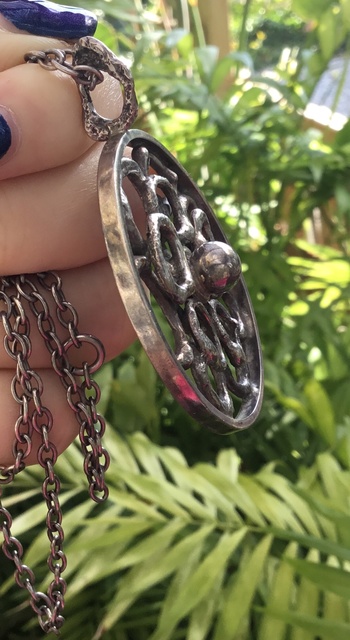 I recently come across Graham Watling and his son John and daughter Jane, I’ll be putting a necklace of hers in another post.
Graham had a varied life, he was born in North Yorkshire in 1930 he spent some time as a commando in the Royal Marines. He then went into teaching and became Head of the Arts and Crafts Department. After 17 years he decided to become a full time gold and silversmith and set up in a National Property before moving to a larger workshop and showroom in Lacock,Wiltshire. He had received a BA Hons in silversmith from Loughborough University and had his own London hallmark in 1959. His work as been exhibited at the craft council in London (1971) the Blue coat Gallery, Liverpool and world fairs at Montreal (1969) and Tokyo. The date mark for this pendant is for the year 1973. Graham died in 1996
I’ll put a link in the comment for more information.

Many thanks for lookin