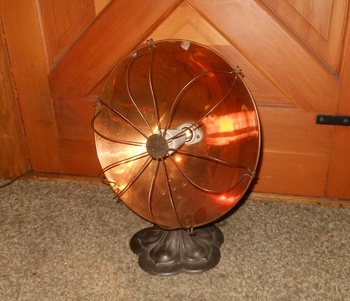 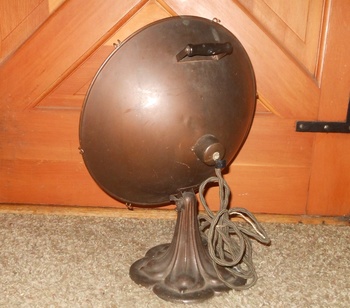 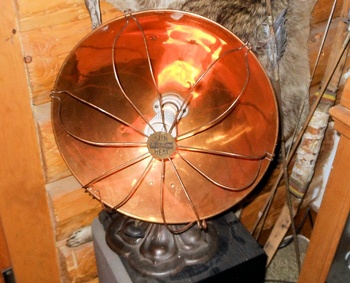 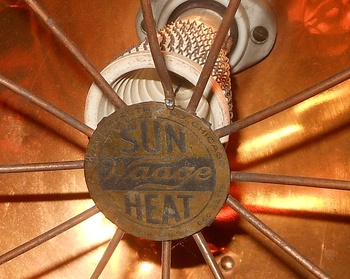 A good old fashioned antiquish thingy. Not an official 100 year old antique but something considered an antique thus antiquish.
This space heater was made by Waage Electric Co of Chicago Illinois. They are still around but now in New Jersey. The company started in 1908. The 1930s estimate for this piece I got from someone else's guess. This could be earlier as I am thinking the copper color lost favor in the 1920s when brass was popular. In the later 1920s and 1930s art deco and the more modern steel color was popular.
The dish on this is about 13" across. The cord has some wear at the base and I have not tried to plug it in. It does have a very nice base and along with the copper radiator makes this a fine looking space heater.