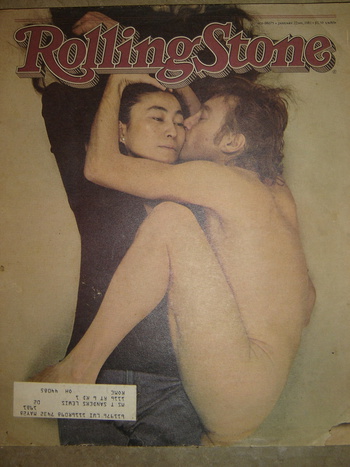 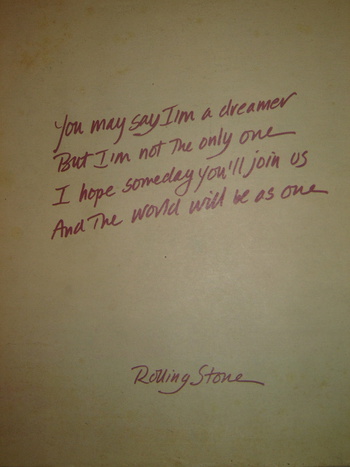 Rolling Stone magazine from the week of John Lennon's death. Rolling Stone had just interviewed him mere hours before his death. Iconic cover picture taken by Annie Leibovitz. At the time, it was the only Rolling Stone that had no words on the cover, other than the title. Do not know if it is the same today.