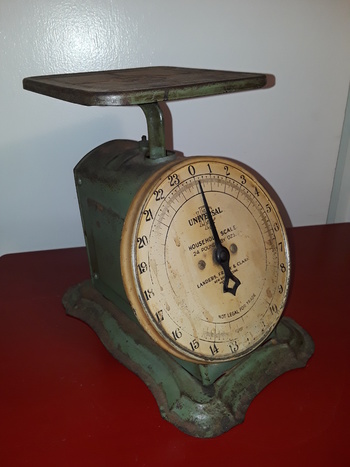 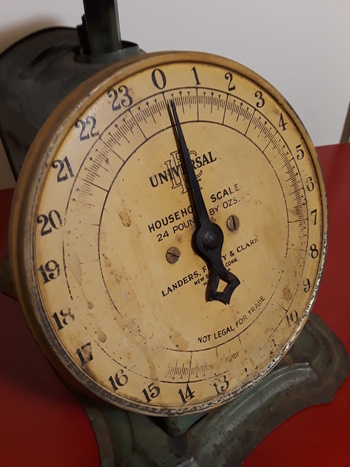 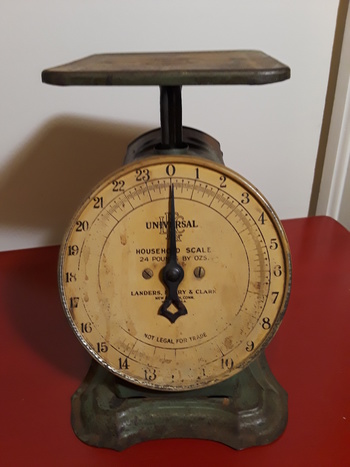 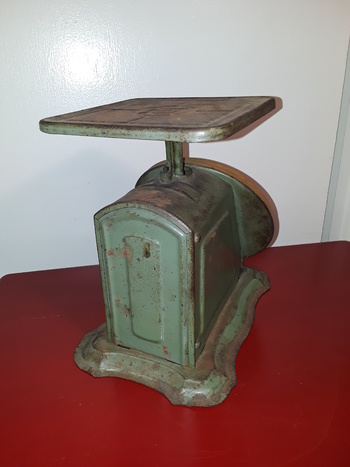 Here's another old household scale, likewise probably not a terribly unique model as (like the HANSON example I just showed) a quick look around here found at least one more very much like it that another CW member showed several years ago. The info given in that post suggests (and confirms my guess) that this scale is a little older than my other, likely 1930's-40's.

It is a "UNIVERSAL HOUSEHOLD SCALE", made by "LANDERS, FRARY & CLARK" of "NEW BRITAIN, CONN." Somewhat more 'worn' than my other in general (just to its dial and paint, that is) it is also slightly more ornate in its design, also still perfectly functional. :-) 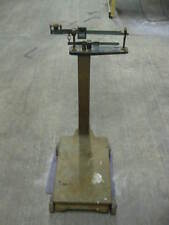 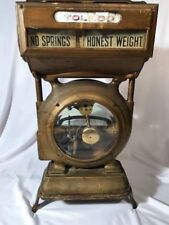