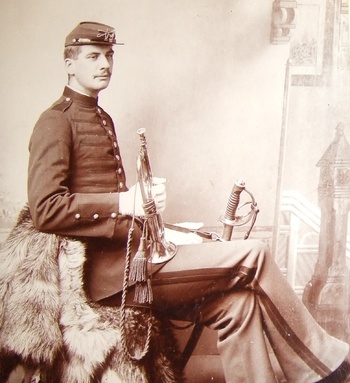 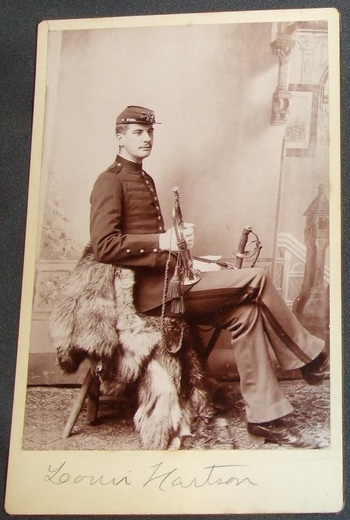 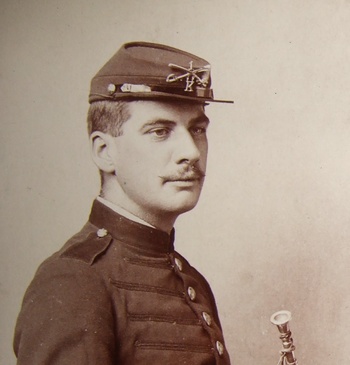 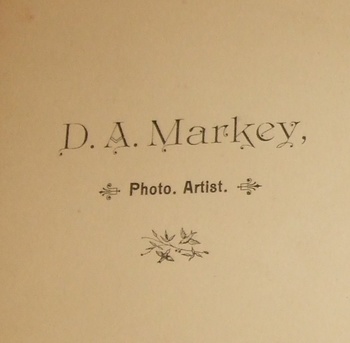 He has his M1860 Cavalry saber visible along with his bugle.

Photo was taken by Daniel Markey, who was a well known Arizona photographer of the late 19th century.

Reproduction of these images in any form is prohibited without written permission.