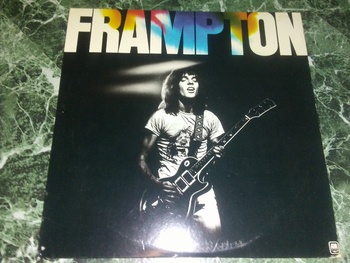 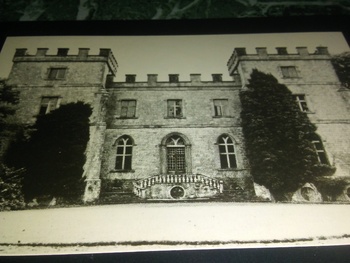 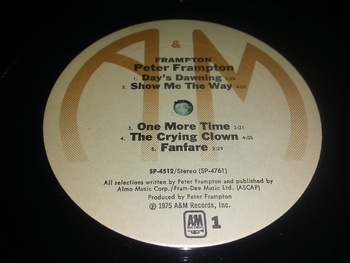 Yesterday morning, Frampton sent out a message that he has a rare form of degenerative muscle disease and is going to embark on a farewell tour soon beginning here in the states starting with the state of Michigan. He is going to show us the way one more time....
This is his fourth self titled studio LP.
Released in 1975, it contains the airplay dittys 'Show Me The Way' and 'Baby I Love Your Way'.
The album was recorded in a castle in the U.K., Pic #2.
While on tour for this disc, Peter did alot of 'Live' recording for his acclaimed follow up, 'Frampton Comes Alive'.
Frampton was born in 1950 in Bromley, Kent, U.K., he began in 1966 as a studio musician and soon had stints with the groups Humble Pie and The Herd.
He went solo in 1972 releasing the Album. 'Wind Of Change'.
In 1978, not long after the release of his fifth studio LP 'I'm In You', he was casted in the remake of the Beatles 'Sgt. Peppers Lonely Heart Club Band' a Robert Stigwood production and during all of this he was involved in a serious motorcycle accident.
Peter worked for many, including being a member of Ringo Starrs' All-Star Band.
My actual favorite work by him is his disc 'Fingertips', a all instrumental LP.
Good luck Frampton...We Feel Like You Do!!