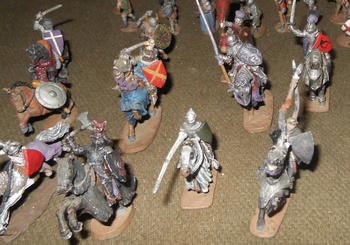 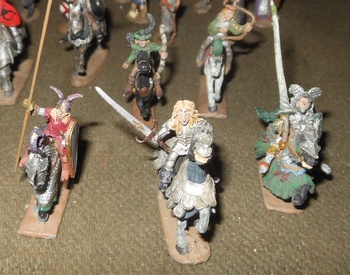 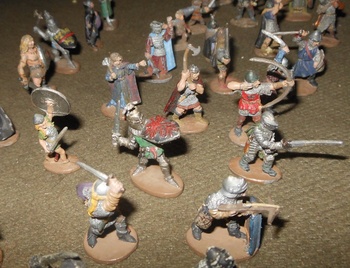 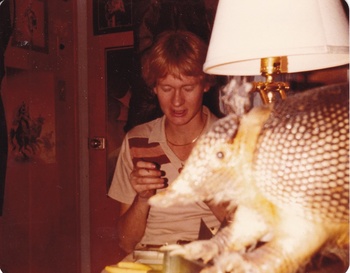 In the late 1970s and 1980s my big thing was Dungeons and Dragons along with the lead figures that went with that. I am not quite sure how many figures I have but it is a few hundred. I think most are Ral Partha and Superior. These are what are called 25 mm figures which means a human figure would be an inch tall. I have many sorts of figures but in this I have knights and elves . There was a plan for something different with a big battle between good and an army of undead and orcs but that didn't come out well so some close ups..
Wrappi9ng it up is me painting the figures circa 1980. That is Fred the armadillo. He is still around here despite suffering an attack of weevils. Something common with Tijuana taxidermy.