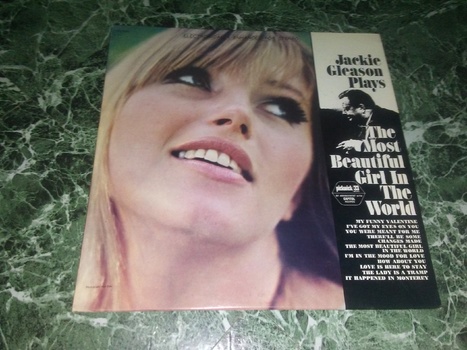 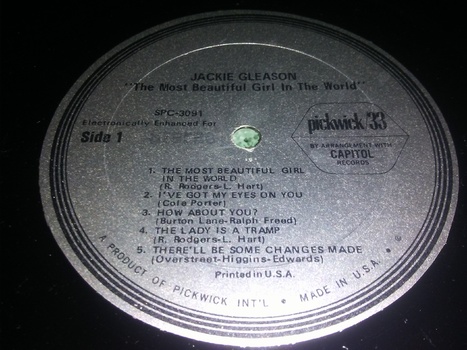 A Good Morning To You CW From Alabama Central Time!!

Mr. Gleason, whom was one of the most versatile entertainers around, was born in 1916 in Brooklyn, New York.
He dominated Television with such shows as 'The Honeymooners' and 'The Jackie Gleason Show'.
He acted in many movies, most notably 'The Hustler' alongside Paul Newman and all of 'The Smoky And The Bandit' films with Burt Reynolds.
Gleason also was a very talented singer and Music conductor. His genre of Music is what is known as Mood Music.
This Album contains many known standards, including 'Im In The Mood For Love'.
He recorded many Albums and released a slew of singles!!
Gleason passed away in 1987 at age 71 in Lauderhill, Florida.