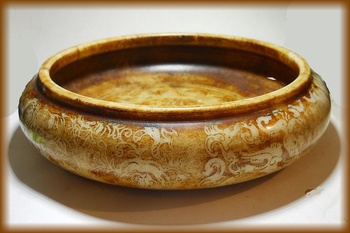 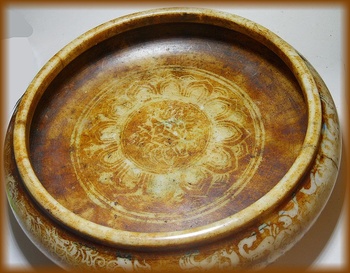 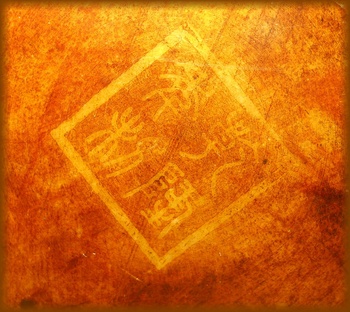 Okay, here is a funny story. I had this for quite a while like maybe 5 or 7 years. Always was going to TRY to figure it out, the characters.
Never did. Was helping a friend at a Trade show and I took it along to see if I could get some info on it. Well got a little info from a person that said they thought it was 200 - 300 years old ( WHAT ). So now I did not know if I should believe them but have been doing some extra digging on it now.

Yes, from several people I was told this is from the Imperial Qing Dynasty based on the 4 character Chinese mark on the bottom. I guess that era is from 1735 to 1795. Then I have now found out it appears to be a Brush washer bowl as it IS LIKE 8 inches across. It is cold to touch and heavy. I think it is a vintage yellow/Russet Jade. So still digging here ......... as I am not sure and hard to tell from photos too. Any ideas?

Moral of the story - it just sat around here since hard to understand Chinese character marks. Amazing kinda too !! Thanks for LOOKING // LOVING !!