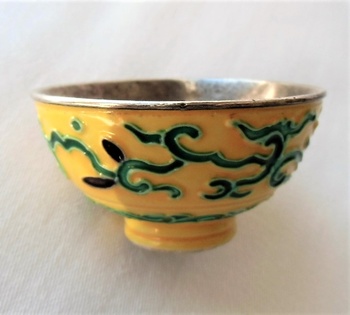 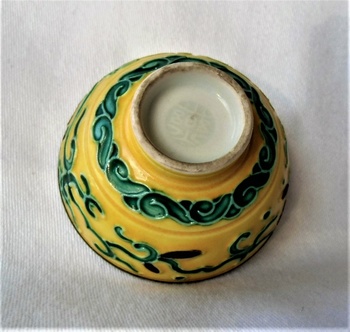 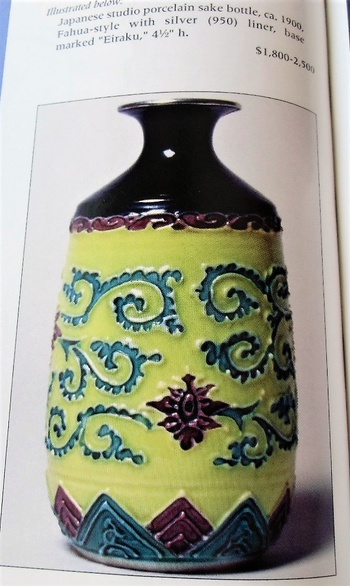 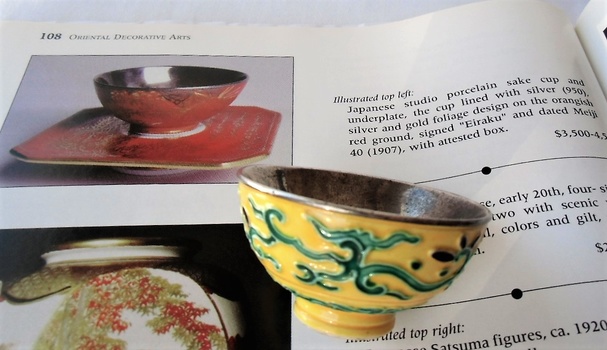 This is another Japanese fahua style porcelain, inspired by the Chinese wucai enamel colors.

It is a small sake cup 2.25 inches by 1.25 inch, which was part of a set with a short sake bottle with silver rim original 3 or 5 cups, it was unlucky to have 4 items in a group in Japan, 4 was the symbol for death.

My first 2 images show the side and the base of the cup, the interior of the foot rest has a mark which represents Eiraku. Late 19th to early 20th century export product.

Last 2 images are from the Sandra Andacht's book, Oriental Decorative Arts, published in 1997, in the ceramic chapter. From pages that document similar items also identified as Eiraku.