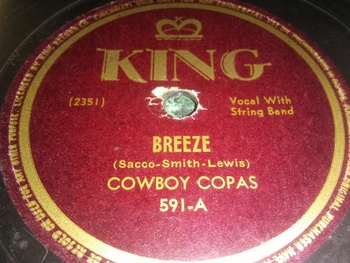 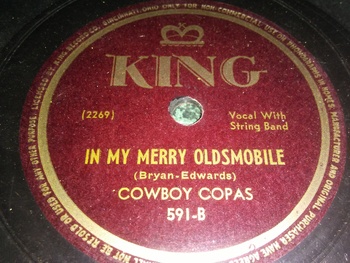 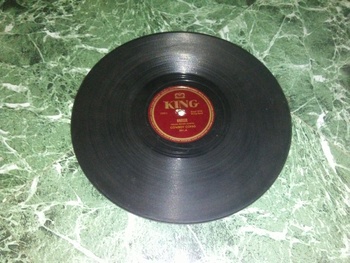 Cowboy Copas, a very early Country Music performer with his 1948 release 'Breeze' and 'In My Merry Oldsmobile' on the historical King Record Lable.
Born in 1913 in Blue Creek, Ohio, Copas was a member of the Grand Ole' Opry. In 1963, he was killed in the same plane crash that took the life of Music legend Miss Patsy Cline.
The King Lable was founded in 1943 by Mr. Syd Nathan in Cincinnati, Ohio and operated until 1968.
The building still stands today in Cincinnati and can be toured.
In 2008, the Rock&Roll Hall Of Fame had a historical marker placed in front of the building.
The song 'Breeze' went to #12 on the charts.