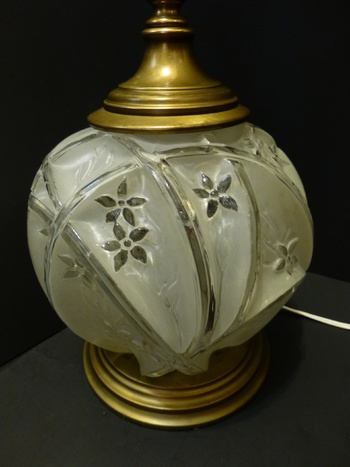 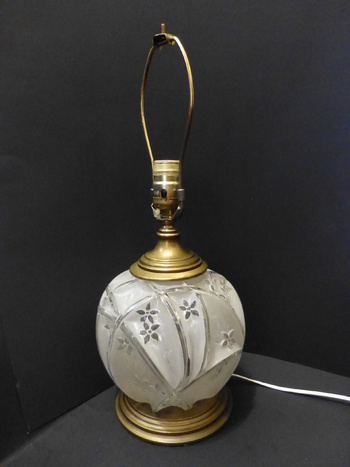 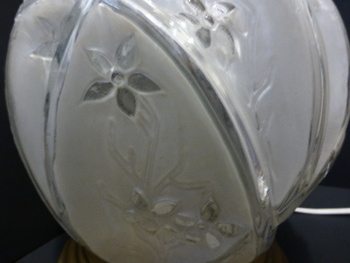 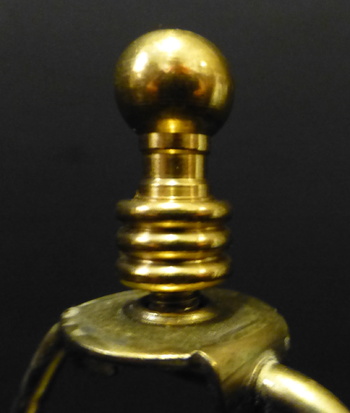 This Phoenix or Consolidated lamp, made using a Consolidated 700 Line Martele vase mould, is 19.5" high. The body is 7" in diameter. Some collectors call this a fairy vase but I am not sure of the correct name for this design. It many have been called "Vine". This is the only example of a complete lamp that I have seen. I have seen a handful of lamp bodies being sold as vases, though. The lamp bodies have a sort of collar in the bottom that was apparently drilled out or hot worked to complete the hole for the cord and make a mounting point for the pipe. I suspect that the harp, part of the socket and cord have been replaced, but that is just a guess. The rest of the lamp, including the finial, appears to be original. Just want to document this lamp as it is seldom seen. Calling it a mystery as I am not certain of the maker.

Histories of the Phoenix and Consolidated glass companies:

Another apparently rare piece that I have is a Muncie Pottery copy of this Consolidated vase in pottery that was also made as a lamp base. I found this base only piece, minus the lamp parts, in someone's curbside garbage while taking a walk and thought it too nice to got to the dump. I display it on a wooden stand as an art piece.

Reproductions of Consolidated glass pieces were made from the original moulds in the 1990s. Both Sinclair Glass and Pilgrim Glass Company made copies of Consolidated Glass pieces from the original moulds which were purchased by Sinclair Glass, some of which were later sold to Pilgrim Glass. Pilgrim apparently also made lamps using these moulds, though it appears only in solid frosted finishes. My lamp appears to be quite a bit older than the 1990s and does not have a solid frosted finish.

This link contains two pages from Pilgrim's catalog which show their offerings made uisng Consolidated moulds.