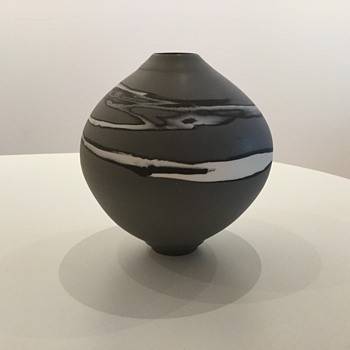 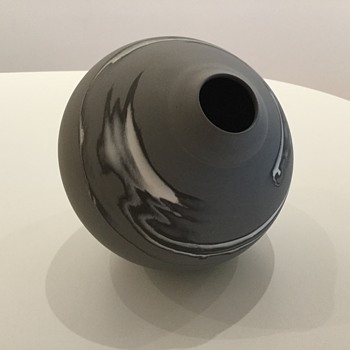 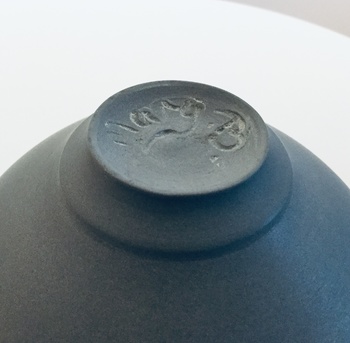 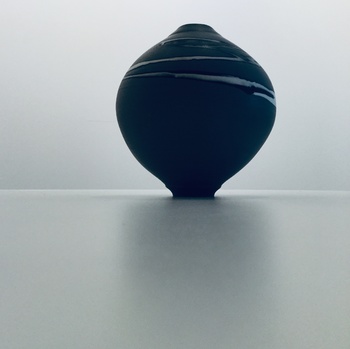 Margaret Brown is a Candelo, N.S.W. potter. Candelo is a town south of Sydney in the Bega Valley on the south east coast of Australia. The technique in this vase is a form of ‘agate-ware’ made popular in Japan and called ‘nerikomi’ or ‘kneading’. It is also called ‘neriage’.

“In Japan there are a few pieces from the Momoyama period, and Edo period, as well as Mingei and there was an explosion of it from about 1978–1995 due probably to Aida Yusuke's advertising and to Matsui Kousei who refers to his work as neriage.” - Wikipedia.

For twenty years Margaret Brown’s pottery was domestic. But she enrolled in a Diploma in Visual Arts (Ceramics) at the Australian National University, focusing on porcelain. This little fine porcelain vase comes from the later period. It shows her ability to quickly throw a beautiful form.
It is signed ‘Marg. B.’
H : 8 cm