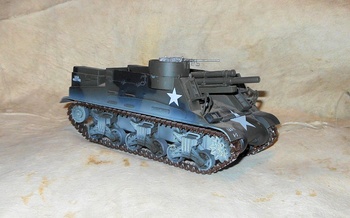 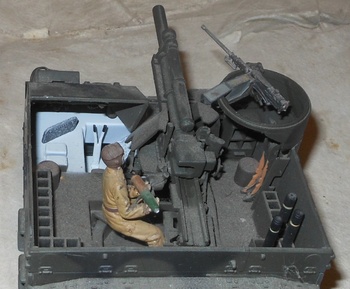 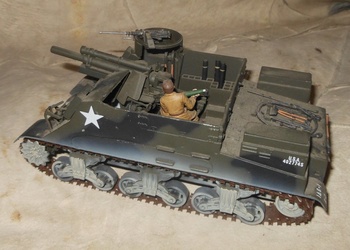 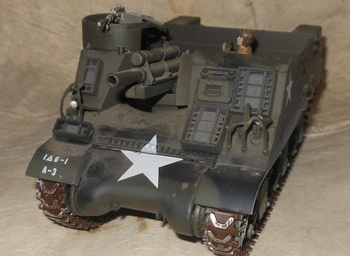 The Ultimate Soldier 1:32 Scale vehicles were very highly detailed vehicles that had the quality of a model but were a bit more durable. I believe there is another company that purchased the molds and is making some of these vehicles currently.
I believe this model is based on the version of the M7 using the M4 Sherman (everything thought to be true about the Sherman is not). The earlier versions were based on the M3 Lee which had a nifty looking 3 piece nose and this has the one piece cast version, oh well.
As can be seen by the photos this is a very well detailed model, although not a model kit. I bought this one loose for $10 so there are a few missing pieces. Mostly the charges and shells for the gun. The loader has a shell and some charges can be seen on the right hand side of the vehicle. As this is an artillery piece different amounts of the charges would be added to propel the charge depending on the range. The 15mm howitzer was on the small size for artillery but still respectable and had a high rate of fire.
ome other details of note include the driver's position and the M1 Garands near the commanders copula. This vehicle was called the priest as the commander's position on the right front looked like a preacher's pulpit.