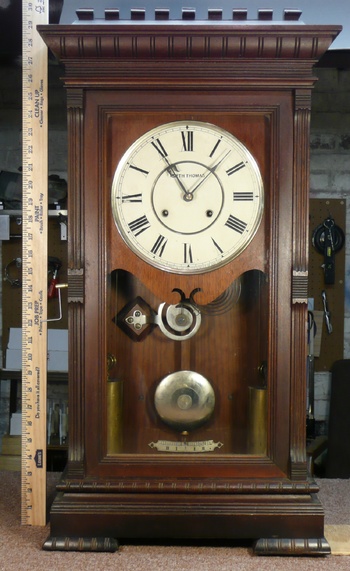 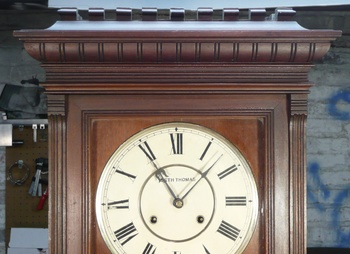 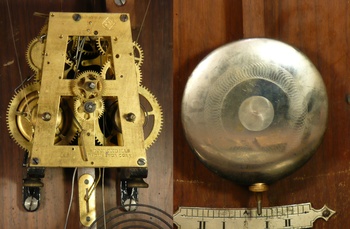 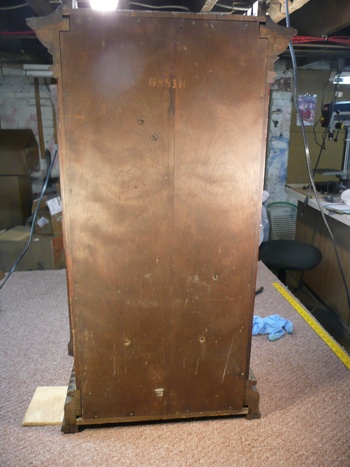 Hello to the Collectors Weekly Community.

I would like to share our Seth Thomas "Garfield". This is a fairly large, weight-driven, 8-day wood (Walnut) cased clock from the late 19th Century.

It measures 29 inches tall with an 8 inch dial. This particular example has a Seth Thomas date code stamped on the back which reads "6881B". The date code used by Seth Thomas during this era was the year stamped backwards followed by a Letter which corresponds to the Months "A" through "L" or January through December. Our clock was manufactured in February 1886

The Garfield was made by Seth Thomas to honor slain U.S. President Garfield. Seth Thomas also offered another model in honor of President "Lincoln".

The high-quality, weight-driven 8-day Time and Strike Movement found in the Garfield was also used in the "Lincoln" and one other model Seth Thomas named "Flora". Possibly Flowers in honor of two assassinated U.S. Presidents? That's just speculation on my part. It is a nice movement and Seth Thomas usually cased a wide variety of models using a relatively small number of basic movement designs.

The Garfield has a distinctive Dentil Molding around the top of the case, weights in brass shells and an ornate pendulum bob decorated with a lightly engraved damascene pattern.

The clock has a nice "booming" gong strike and the large dial which can easily be read from across a large room or Parlor.