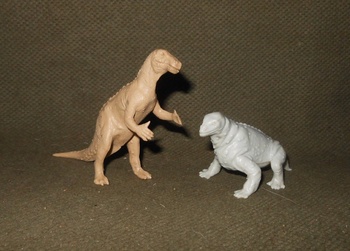 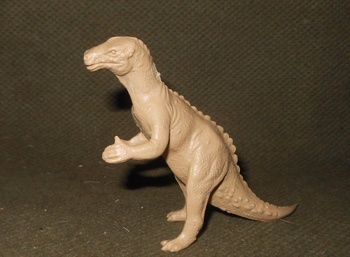 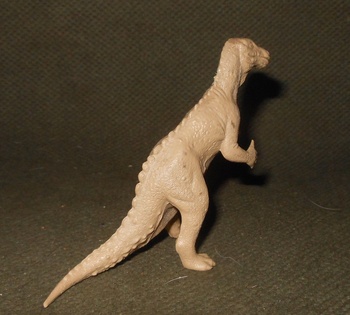 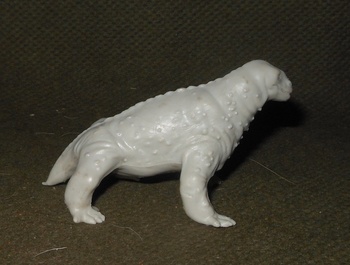 OK Iguanodon is a dinosaur but Moschops (the gray one) was mammal like reptile. Oddly it and many of the other early ancestors of mammals went extinct before the age of the dinosaurs. It was a rather chunky plant eater about five feet tall.
Iguanodon was an early duckbill dinosaur of the early Cretaceous and a bit large at about 5 tons.
As for the toy aspect of these they are from the Second Series Mold Group (1962) which was the last and least common of the Marx Prehistoric sets. Iguanodon in the tan color is fairly valuable. Goes for about $15. Check the photos and it is well detailed for a figure under 3". Iguanodon could stand in this pose but would walk horizontal to the ground.
The light gray Moschops is worth about $10 and is from the early 1970s. Also well detailed. The warts may or may not look realistic but works well on a an aesthetic level.