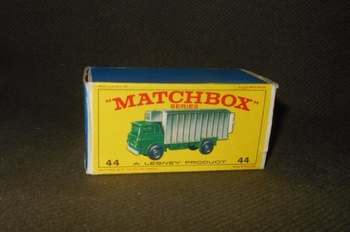 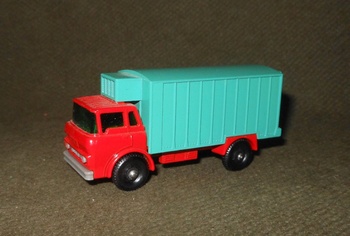 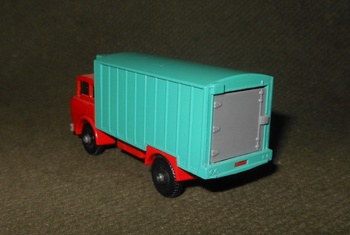 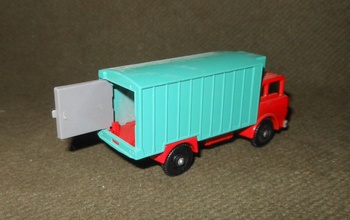 This model was produced from 1967 through 1971. But only available in this box in 1967 and 1968. The box is an E Style box. In 1969 it was switched to an F Style box. In 1970 it was turned into a Superfast model with the thin axles to compete with Hot Wheels and in 1971 the colors were changed to a metallic red and yellow. Could have used some exhaust headers to make it a convincing racing truck. But in the version pictured it is a respectable refrigerator truck.
It is based on a GMC truck. The rear door opens and closes and for 1967 having glass (plastic glass) windows for the cab was a big step.