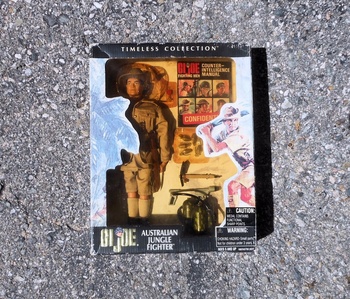 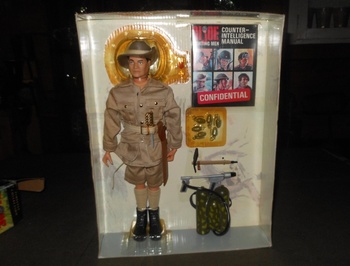 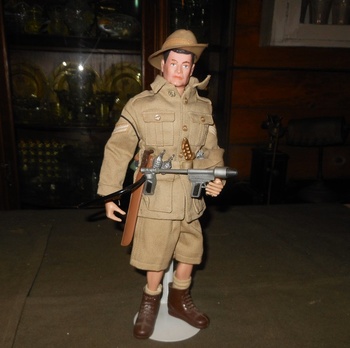 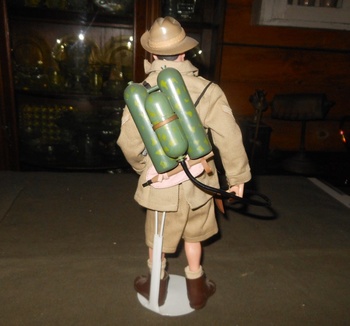 Something I picked up at the January rained out Rose Bowl. Just found it stashed under the table where he has been awaiting posting.
This is a fairly faithful reproduction of the original which was released in 1966. The accessories on this are close to 100% the uniform a bit less so. The most noticeable difference is the buttons on the original uniform are actual buttons. The stitching is also different. Had they done this like the 40th anniversary series which are very close to 100% it would be a bit more collectible but this is still a nice set.
Eventually I will remove this from the package but for now it will be as is. By eventually that could mean tomorrow of 5 years from now depending on my mood.
The last two photos are the original 1966 figure. Oops I left out the telegraph set but I think you can see they are fairly close.