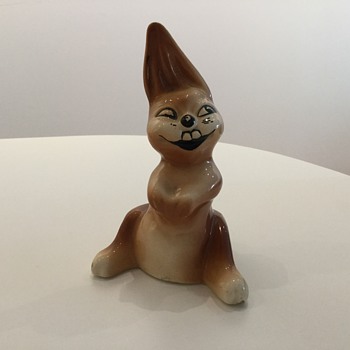 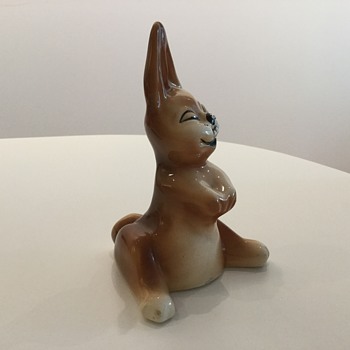 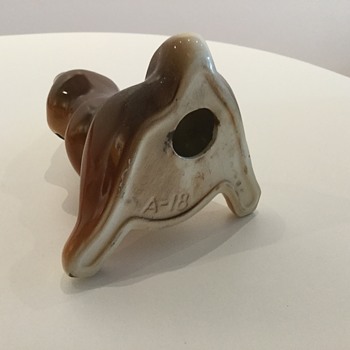 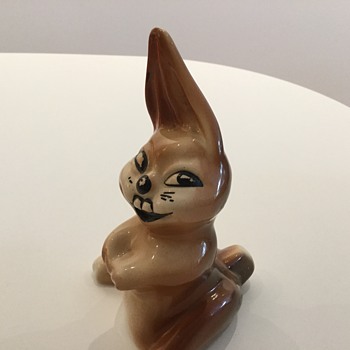 DIANA POTTERY PTY. LTD.. 122 Marrickville Road, Marrickville. Marrickville is a suburb of Sydney, NSW ..... my home town. I believe this highly quirky rabbit was designed by Ken Day .... an important figure at Diana Potteries. Ken Day began work for Eric C. Lowe in 1939 at a new, unnamed venture at Marrickville that became Diana Pottery. Their later designs normally have an impressed letter and model number. In this case it is A-18. The A is for animal I think. Why a rabbit ??? It perhaps relates to the plague of rabbits that took over the countryside resolved by myxomatosis. In Australia, the virus was first field-tested for population control in 1938. A full-scale release was performed in 1950. It was devastatingly effective, reducing the estimated rabbit population from 600 million to 100 million in two years.