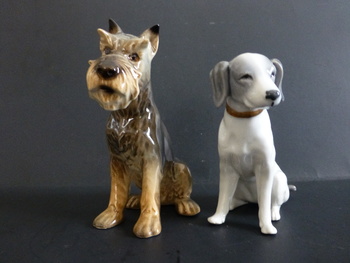 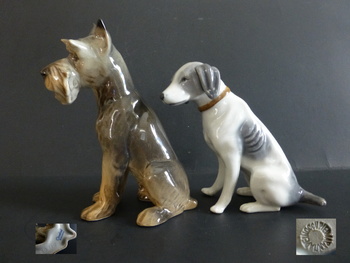 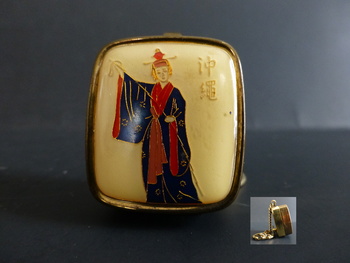 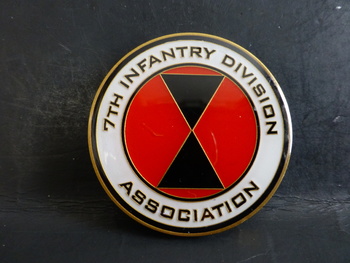 I was putting something back into my china cabinet and picked up a porcelain dog figurine and turned it over and noticed it has a "Made in Occupied Japan" mark impressed into it. I picked up the figurine next to it and turned it over and it has "Goebels W. Germany" stamp. Next to that was a small Sankyo key chain music box I purchased in Okinawa while it was still under U.S. control after being seized in WWII. On Okinawa I was stationed at a remote NSA/Army post which was on a rise overlooking the coral reef and beach where my uncle landed with the 7th Infantry Division in WWII in April 1945. I was later assigned to an Air Cavalry squadron in the 7th Infantry Division. Another of my uncles was an Army Colonel involved in the Allied invasion and occupation of Germany in April 1945 that lead to the creation of W. Germany. Funny how so many little neat things in that small space were tied together.

Putting this under animals since the first two images are dog figurines. Not sure they merit individual posts but will do so if anyone is interested. The key chain music box is kind of neat and in new condition since I never used it, so I will do a post for that piece. It opens and has a small mirror and place for a photo or makeup.