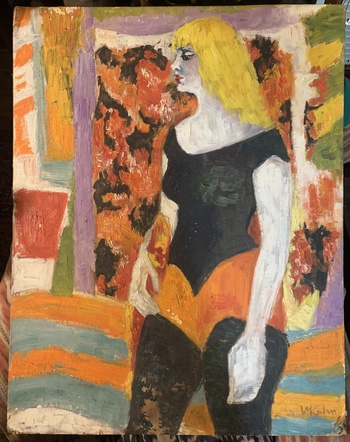 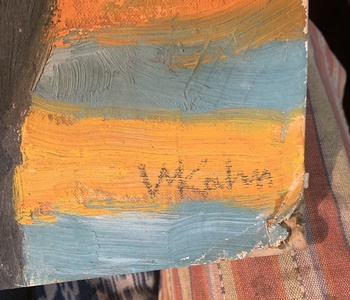 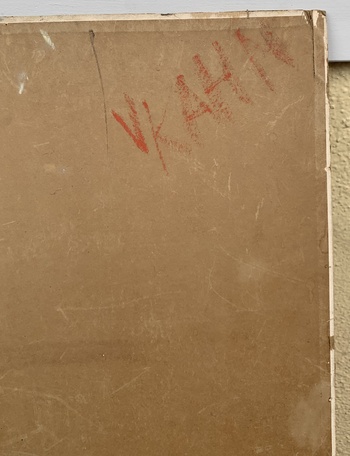 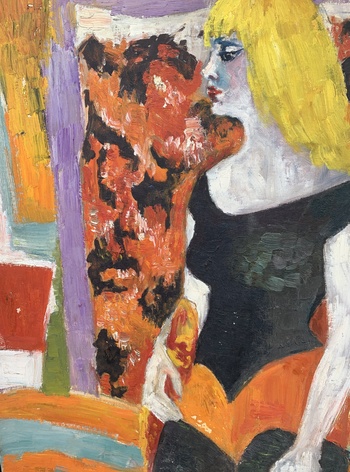 I found this large painting yesterday at my favorite junkshop in Berkeley. it's 30.5 inches by 24 inches. The signature does match some signatures for Wolf Kahn- the famous 'colorist' of the abstract expressionists. when i found it, i messaged a photo of it right away to my cousin in nyc who responded with - 'what a coincidence! i just met his grandson this morning!' While researching him, i realized that we had quite a few things in common including a late friend of mine - Tony Vevers. I wrote to Mr. Kahn through his agent and hope to hear back from him. the painting is very different from his others, but he did have some odd figurative pieces in the 50s and early 60s and this could be one. we'll see. it's signed on the front and on the back.