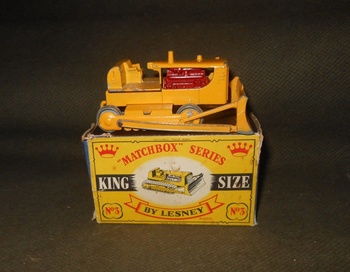 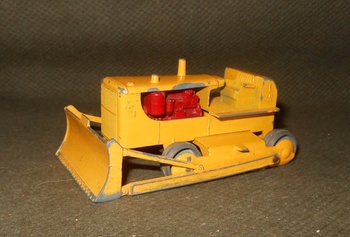 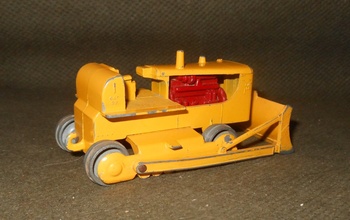 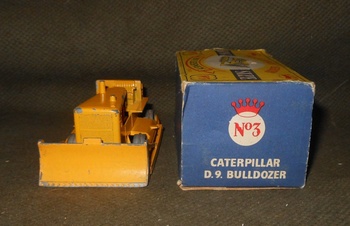 Some new ground here today as this is my first early King Size Model. 1960 was the first year for the King Sized model and it used this box type through 1963. This model was made until 1964 but had a different style box. The box here is called a Crown Box. It has crowns on the front and end flaps. Has something to do with the king thing.
For those of you who are gray (grey) wheel fans you may note it has gray rollers. Note sure which spelling of gray to use. English company but posting as an American but then again 3rd generation English-American.
Unfortunately it is missing the tracks but fortunately they make replacement tracks. But unfortunately the tracks will have to be cut to put them on. But fortunately again I can sew, staple or glue them back together. Will have to get back to everyone on that.