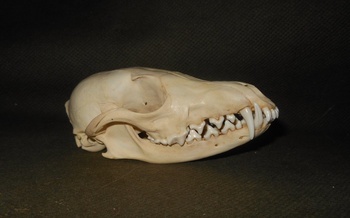 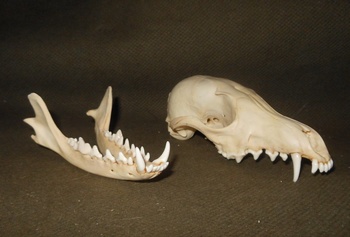 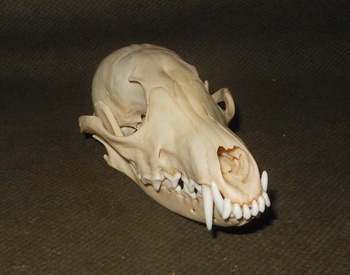 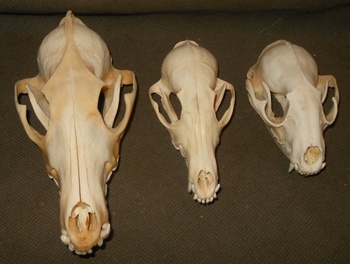 Last week featured a racoon. This time we have a fox skull to continue the exciting skull series. The fox is a canine or Canidae which is pretty much the dog family although the branch that doesn't bark. That would also include coyotes and wolves. Seems to me that not barking thing could be a positive but apparently not.
OK let me think about what else there is to say about this. The skull is 5 1/2" long. The molars seem to be made for cutting instead of chewing. Every so often I post about animals that were thought to be dinosaurs but were mammal like reptiles like dimetrodon. That is because they have specialized teeth like the fox which is a mammal. The fox clearly has three different types of teeth. Hopefully that makes some sort of sense.
In the last photo it is seen with a coyote and racoon skull. The coyote is considerably larger and the racoon about the same size. I think next time will be a bobcat which I believe is the next size up from fox.