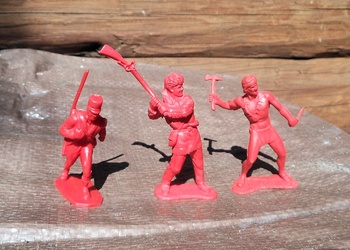 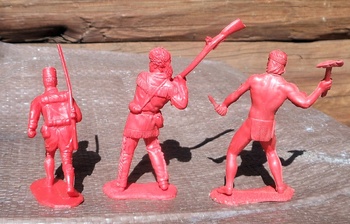 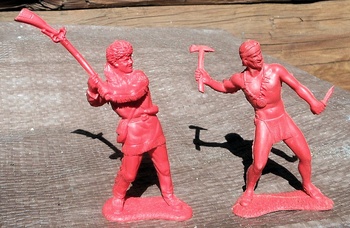 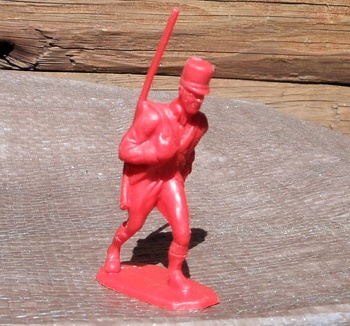 Let me first state these are red, they came out a bit pink in the photos. Red tends not to photograph well with a digital camera.
These are something I do not run across often. Actually I do not recall running across them before. These are Auburn Toy Soldiers. Auburn is known for their rubber vehicles sold in dime stores. I have posted a few of those in the past. They are larger than the usual toy soldier. It is 70mm scale which is just a bit under 3 inches. The typical toy soldier is 54 mm. The Mexican soldier is about the size of the typical toy soldier. They are very well detailed, at least the Indian and Pioneer. I may be mistaken as to the Mexican Soldier being a Mexican soldier. I was thinking it is from an Alamo set but I could be mistaken.