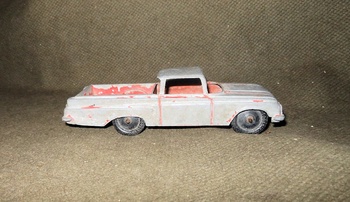 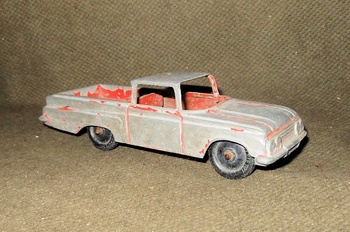 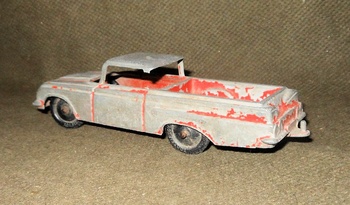 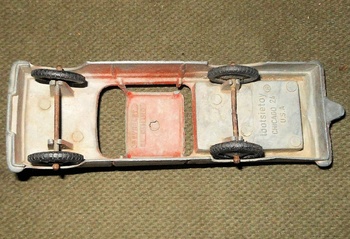 Tootsietoys were on the low end of the die cast metal cars of the 1960s. Unlike Matchbox, Corgi and others which had a base Tootsietoys were a one piece stamping. They seemed to have replaced the Auburn rubber cars of the 1950s.
Tootsietoys were made in Chicago USA. So it says on the underside. Also it says it is a Chevrolet El Camino. I was thinking Ford Ranchero but looked it up and saw the resemblance to a 1960 El Camino. Then checked the underside which says Chevrolet El Camino so that settles that.
This model is 5 1/2" long. Apparently it came with a trailer that towed a race car. Stay tuned for when I find the trailer with race car.