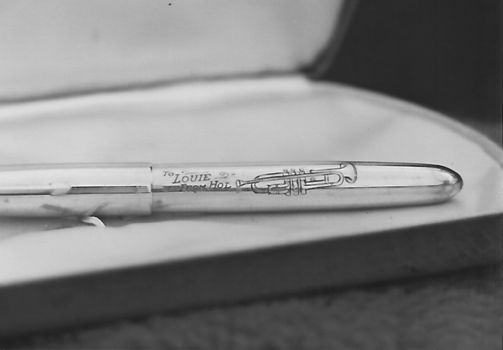 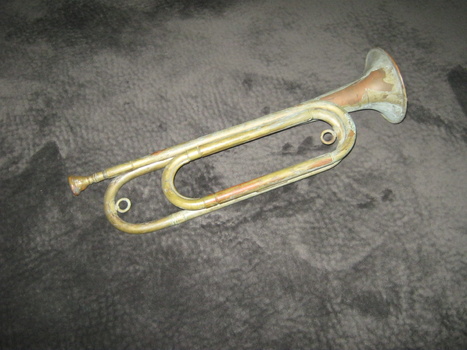 The Parker "51" Fountain Pen formerly belonged to Louis Armstrong. The bugle is from the New Orleans "Colored Waifs Home" and is one of several blown by Armstrong and others each morning to awake the boys.

The home was founded and run by my children's great grandparents, Captain Joseph and Manuella Duplessis Jones. It run like an army camp, an idea inspired by Captain Jones' tour as an Army Buffallo Soldier and Spanish American War veteran.