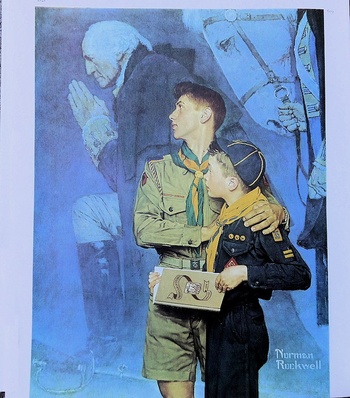 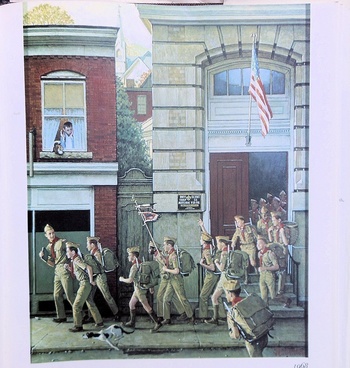 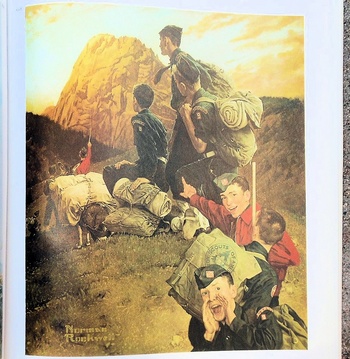 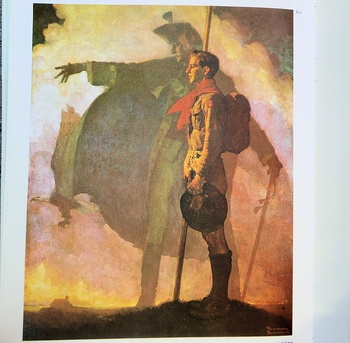 These are from a very large book of Norman Rockwell art. By large the book is 12" x 16", the prints are 10" x 13" and the book is an inch and a half thick. I was thinking of framing some which would require cutting up the book which is probably a sin. I may or may not do it. I paid $28 for the book which is about the price of two prints. Actually two prints would probably be a bit more.
#1 is from 1950. It doesn't give the titles but this one is Our Heritage.
#2 is from 1968. Well dang I can't find the title but a troop of scouts are headed out on camp out and some poor city kid is stuck inside. The Boy Scouts here probably go to downtown LA. Ah it is "Scouting is Outing".
#3 is from 1957. Not finding the name but they are going to climb that rock.
#4 is from 1932. Being haunted by the ghost of George Washington again. A common theme in the Rockwell scout paintings.