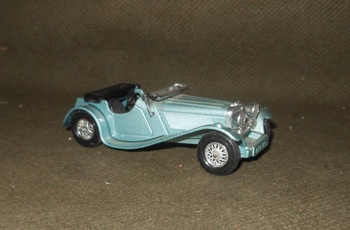 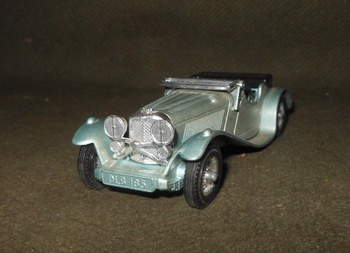 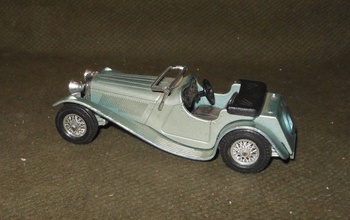 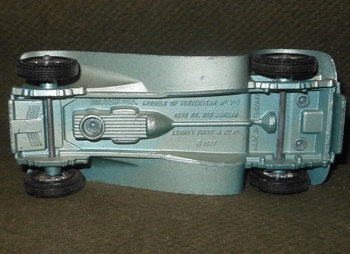 The Jaguar SS 100 replaced the Model T in 1985 after a twenty year run. These later models are a bit outside my usual range of Matchbox knowledge. Doing a bit of research here even as we speak. Looks like this model was introduced in 1977. Explains the 1977 on the base. Looks like it was the last Y-1. Not sure when they quit making them.
As to the 1:1 version which is to say the real one the Jaguar SS 100 was supposed to go 100 miles per hour something it did not always do. Top speed on the version with the 2.5 liter motor only went 95 mph. Not bad for 1936.
Despite not being an expert on Matchbox from this time I have a fairly large collection of these. They are inexpensive and well made and didn't get the garish paint jobs other Matchbox model lines had.
Taxidermy Tuesday coming next!