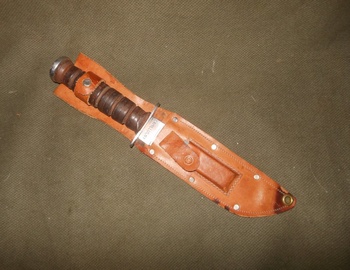 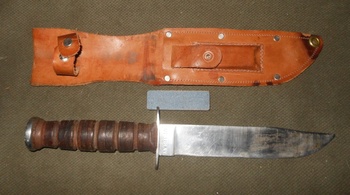 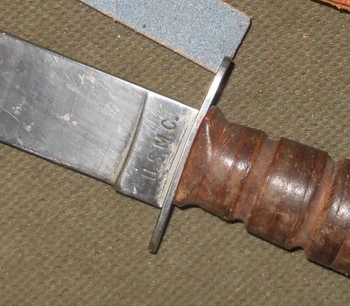 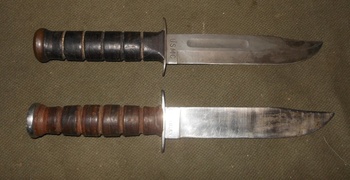 Picked this up at the last Rose Bow.3 flea market along with two other vintage military blades. Not sure if this one was actually military issue even though U.S.M.C. is stamped on one side of the blade and Camillus did make blades for the military.
This knife is the same size and shape of the WWII Ka-Bar fighting knife (which Camillus also made). The handle is also the same as the Ka-Bar as seen in photo #4. The Ka-Bar has a fuller (incorrectly called a blood groove), it is a bit stronger and has a darker color. This knife is a bit flatter and a bit like a kitchen knife and also quite shiny.
The sheath is quite a bit like the Air Force Survival knife. Same color and has the sharpening stone. It seems to be a cross between a kitchen knife, air force survival knife and Ka-Bar. I have searched near and far for a match but have not found one. 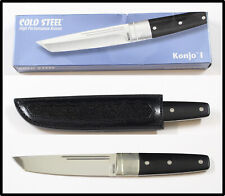 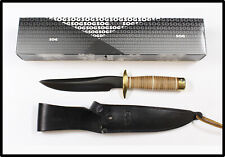 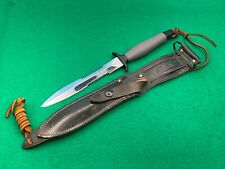 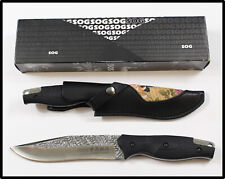