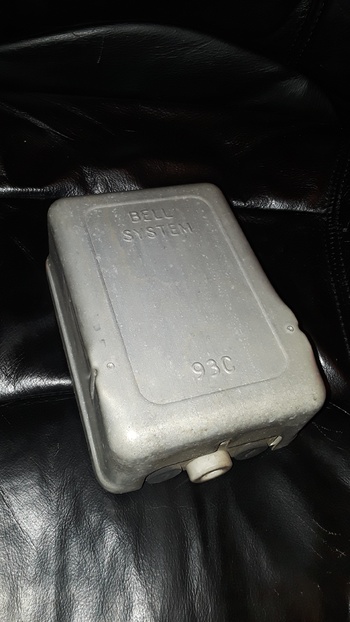 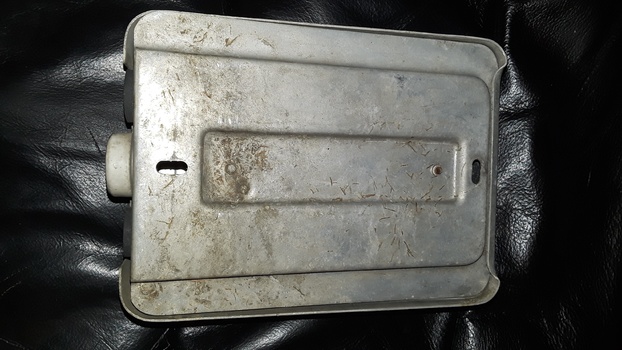 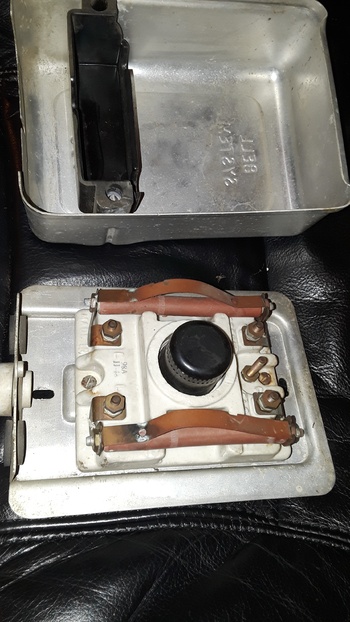 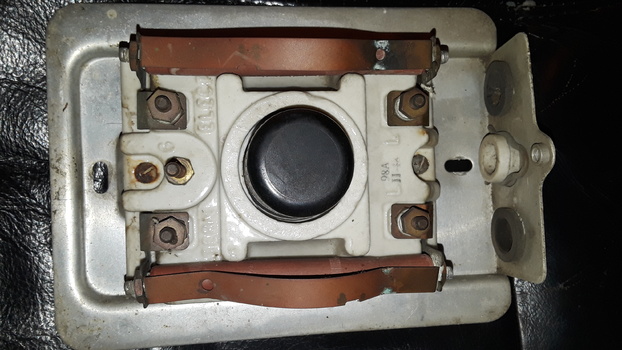 Prompted by noticing Kevin's (kwqd) similar device which he first showed several months ago (but I somehow overlooked then?) and somebody else brought back to the CW front page today -- here's my favorite example of a very similar device. Called a "lightning arrestor" it is essentially a safety device meant to protect people's homes/businesses from inadvertent lightning strikes to nearby landline telephones/lines/equipment. Should such an unfortunate event happen to a telephone pole, things like this would serve essentially as 'fuses/surge protectors' to theoretically protect the equipment/wiring within a customer's personal property.

This model is a "93 C" manufactured by WESTERN ELECTRIC aka THE BELL SYSTEM back in the day when if 'ya wanted a phone, you got it from them, period, and said phone indeed did not fit in your shirt pocket and was also (how rude?!) rather permanently tethered to a wall inside your home or office someplace by a (always about 6" too short) wire cord.

It was obviously meant for "exterior" installation in its stamped aluminum weatherproof box, and is also no doubt a decade or 3 newer than Kevin's example...if I'm reading its inner date stamp correctly it was manufactured in Nov, 1948.

It came to me completely accidentally a decade or so ago, when for some reason or another we had to call the AT&T people to come diagnose a problem with the phones @ work. While their technician was there, I got the task of showing him where all the wiring and stuff actually was, during which I probably mentioned that I also collected old phone equipment -- somehow that conversation turned into him giving me this box which just happened to be laying in the back of his truck from his previous service call, where he'd just replaced it with a current model. Given its otherwise nearly pristine (unpainted, even?!!!) condition, it went from there *right home* to my wall...?? <lol>