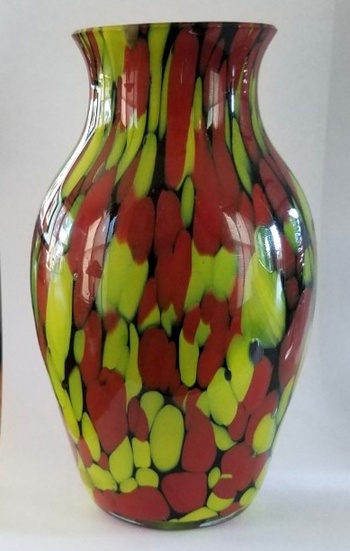 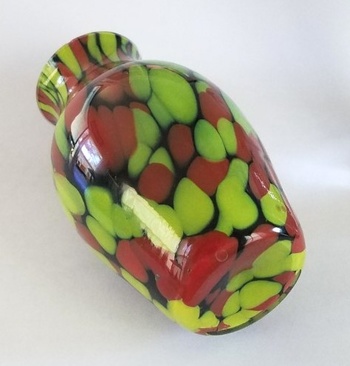 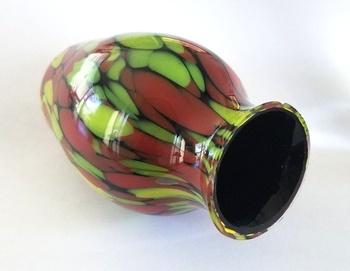 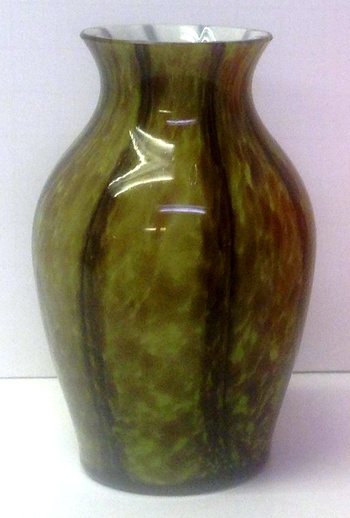 So in my Welz group on Facebook, the vase in the last image was posted. I was surprised by the post, as I had not seen the decor in that color previously that I could recall. I also searched through my shape library, consisting of just over 550 shapes, and I did not have the shape recorded as one I had seen before. That vase was described as standing 4.375 inches tall, so not a giant by any means.

As luck would have it, I took a break from an ongoing remodel project in the house, and took a much needed ride on my Harley. My main reason was to go to a bakery about an hour away that we discovered when we first came to Texas to look for an older home to buy. The name of the bakery is "The Czech Stop".... located in the town of West, an area which apparently has a long and rich history of Czech immigration.

Located in a small antique shop in West, I purchased the vase shown in the first 3 images. It is a decor I have seen previously, and also bears the small font acid stamped "Czechoslovakia" commonly found on the under side of Welz production, but not a mark I use as a sole method of ID for Welz production.

This giant also stands at 4.375 inches. A welcome addition to my collection of Welz production.