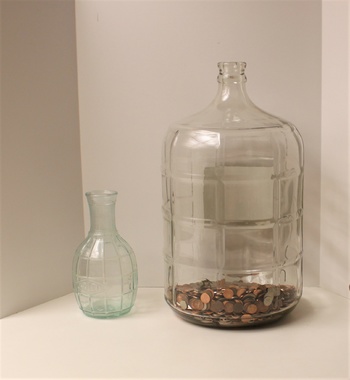 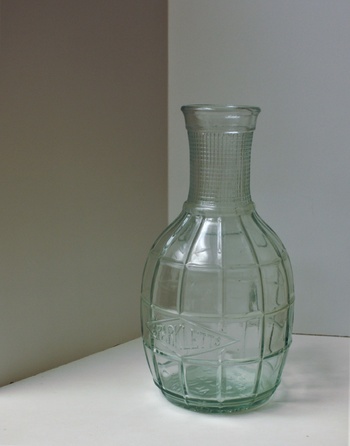 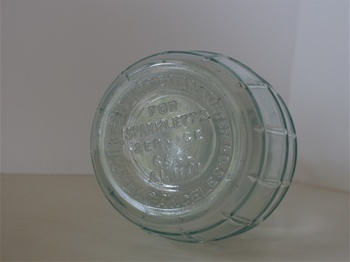 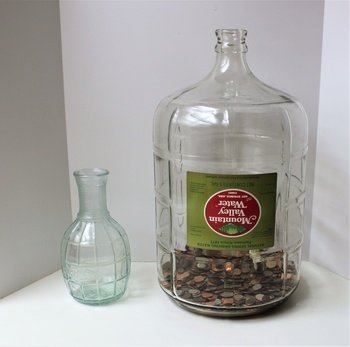 Remember when Sparklettes water bottles came in glass? Well did you know they came in the smaller size? I didn't!

This larger bottle is actually not a Sparklettes bottle from here in the US, although it is the same size as our old glass ones. This one just happens to be from Canada.

The smaller one is a Sparklettes bottle that I never new existed until I saw it. Couldn't pass it up. The bottom reads "Sparklettes Artesian Water Co. Los Angeles" The center reads, "For Sparklettes service call AL 1171".

My guess is that the bottle must be from the 20's or 30's. I remember when the phone numbers were a bit different combo, meaning there were 2 alpha and 5 numbers up into the mid 60's. By the 70's, it was all numeric phone numbers. Population explosion even way back then. What's really funny is I ended up working for the phone company as a telephone operator, yes, a call would come in and we would connect them by pulling up the cord and plugging it in the wall board! WOW! I haven't thought about that in YEARS!!!

Have a great rest of your weekend all! xoxo