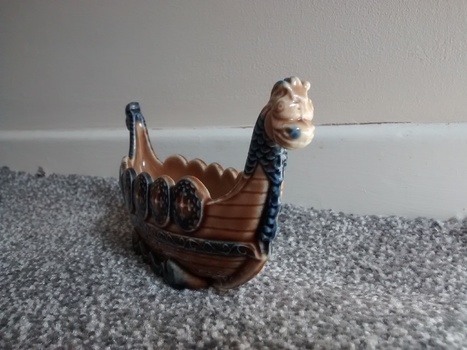 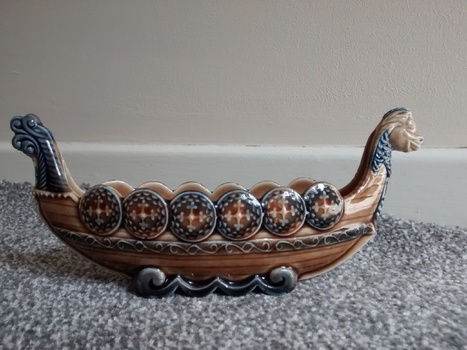 Here is a locally made item from the area near where I live in North Staffordshire, England. The area being known as "the potteries" due to the high number of ceramics manufacturers here in the 18th, 19th and 20th century. Like most industrial towns many closed down in the 2nd half of the 20th century but Wade is one that continues to operate, although no longer run by the Wade family. Wade has produced many items under licence from TV shows and Disney films so you may well have come across their pieces before.

This piece is a viking longboat in typical Wade colours of the 1960s and 70s. Although a mass produced item it is quite well detailed. I like dragons head and the little waves at the bottom of the boat which most people don't notice