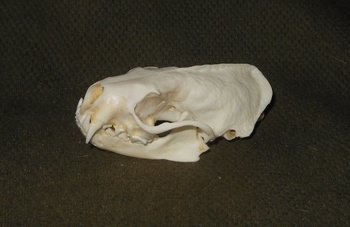 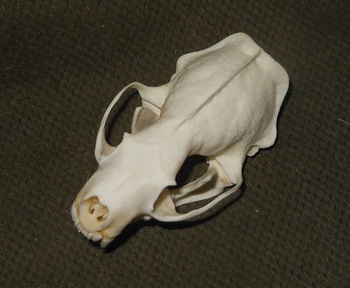 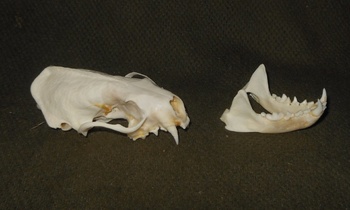 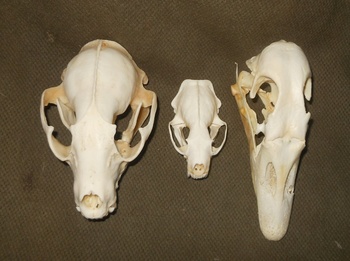 This is one of the smaller carnivore skulls. Smaller than the typical cat skull I think. While one would think being a carnivore it removes one from the food chain but it does not. Coyotes are eaten by mountain lions and they would all like to have a nice juicy skunk thus the stinky stuff. Apparently animal do like being stinky.
Skunks have nice little pointy teeth but they pretty much eat snails, lizards, cat food, small rodents and dead stuff. The skull shape is similar to a weasel but DNA evidence shows the relation to be distant. Next let us compare skull size.
The skunk is in between a racoon and a goose skull and it can be seen it is rather small. Also it is why geese make good guards. Mr Racoon does not even want to take on Mr Goose. Thus it can be easily seen why the skunk has the scent thing going on.