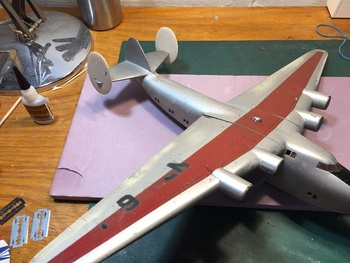 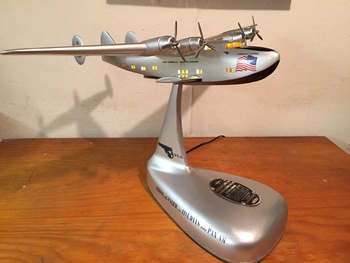 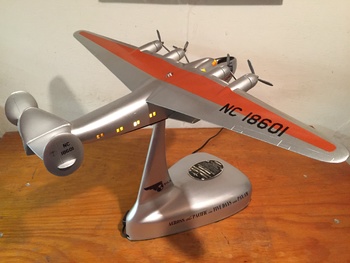 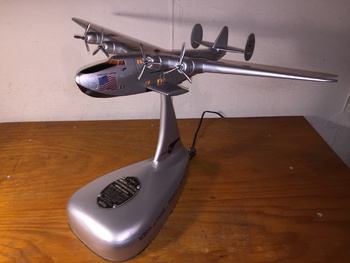 Here is a true survivor of the Golden Age of Aviation! This is an original Boeing produced custom model produced to Pan American Airways specifications. It was once in the New York corporate office as a centerpiece. This scale model has a hollow fuselage and tail assembly but with cast aluminum wings. Dimensions are 24.5" wingspan x 17.5" overall length. Another collector donated a data plate which is mounted on top of the new stand base. It was originally designed to "glow" by being illuminated with a small lamp inside the fuselage. It was missing many components including its original stand, electrification, two outboard fins, engine nacelles and props. Many of the hand cut plexiglass window inserts were missing as well. The model was overhauled for future museum display work with all the missing components recreated or updated and a brand new LED lamp system installed so that the model may "glow" again 24/7 !