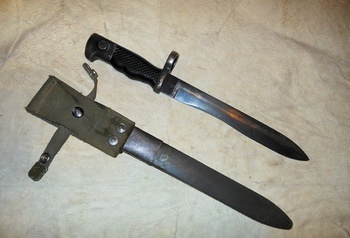 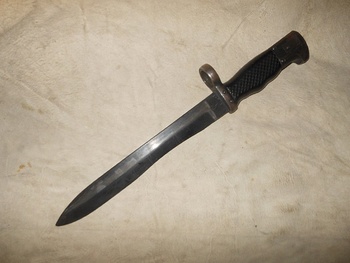 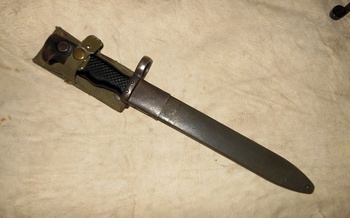 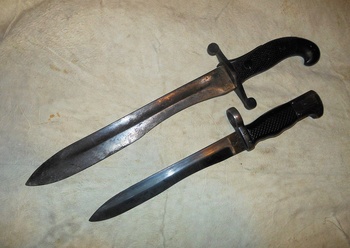 Apparently Spain has a healthy knife and bayonet industry. This is yet another Toledo blade with the Toledo symbol on it. But what gives this away as a Spanish blade is the bolo design. That would be the thin mid section of the blade that gives this away as a bolo. Also it is thick to be used a chopper. Because bayonets are used about 99.99% of the time as tools
When I buy something I look forward to doing a bit of research on the item. I type in bolo bayonet and there it is done in 15 seconds. M1964 Bayonet for the CTME Model C Rifle. That was a 7.62mm select fire rifle generally known as a battle rifle. Looks like an Assault Rifle but fires a larger round.
In the last photo I have it with the famed Spanish Artillery knife which was replaced by the M1941 bayonet (not shown). The bayonets are similar aside from the cross guard.
Coming up next I believe will be the rest of Johnny West.