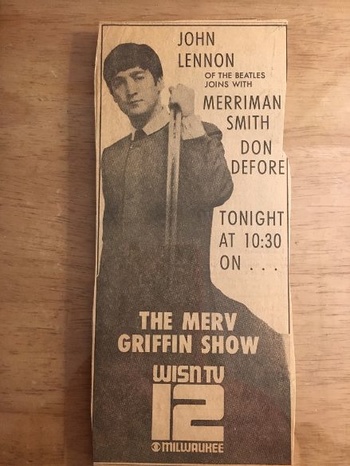 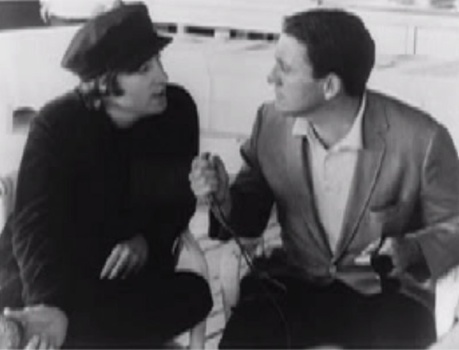 An original newspaper ad for an appearance by Beatle John Lennon on the Merv Griffin Show on Channel 12...WISN in Milwaukee. Lennon and his wife Cynthia traveled to Cannes in France for the film festival in May 1965. With them was Dick Lester...the director of their films,"A Hard Day's Night" from 1964...and the soon to be released,"Help!". Lennon was interviewed on May 25, 1965,and the show was broadcast on June 1, 1965.